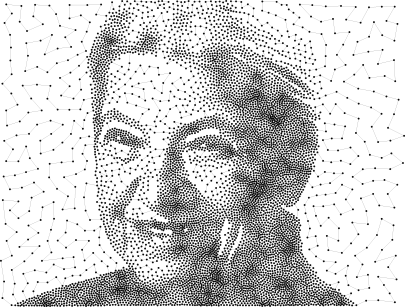 Ruzena Bajcsy was born in Bratislava, then Czechoslovakia, in 1933. She grew up there and finished grammar school (high school) in 1952. Inspired by the technical professions of her father and her stepmother as well as her strong interest in mathematics, she enrolled in the electrical engineering programme at the Slovak Technical University. In 1957, she obtained her Master’s degree. Ten years later, she defended her promotion dissertation and became one of the first women in Slovakia with a doctorate in electrical engineering.

Driven by the opportunity to work a year at Stanford University, she moved to California, USA. Inspired by the emerging field of computer science, she decided to stay at Stanford and used the opportunity to do a doctorate on computer science in 1972. After her stay at Stanford, Ruzena Bajcsy became one of the first female assistant professors in the Computer and Information Science Department at the University of Pennsylvania. As time passed, she set up her own laboratory for image processing and established in 1978 the General Robotics, Automation, Sensing, and Perception (GRASP) Laboratory that she headed for many years.

28 successful years at the University of Pennsylvania later, she moved to Berkeley and became the founding director of the Center for Information Technology Research in the Interest of Society (CITRIS) in 2001. She has been professor of Electrical Engineering and Computer Science at the University of California, Berkeley, since 2004. Ruzena Bajcsy is a role model for female scientists and researchers as a pioneer in the field of electrical engineering and computer science. In the course of her career, she has authored more than 250 articles that have been presented at various international conferences and that have been published in many journals and books. She is a Fellow of the Association for Computing Machinery (ACM) and the Institute of Electrical and Electronics Engineers (IEEE) and has received many distinctions and awards, such as the Benjamin Franklin Medal in Computer and Cognitive Science in 2009. In 2001, she received an honorary doctorate from the University of Ljubljana in Slovenia.