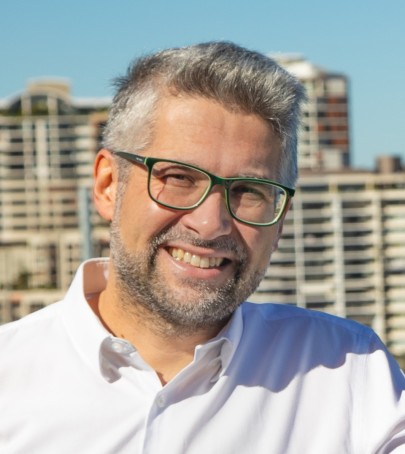 „Remote State Estimation with an Eavesdropper“

Daniel Quevedo received Ingeniero Civil Electrónico and M.Sc. degrees from Universidad Técnica Federico Santa María, Valparaíso, Chile, in 2000, and in 2005 the Ph.D. degree from the University of Newcastle, Australia. He is Professor of Cyberphysical Systems at the School of Electrical Engineering and Robotics, Queensland University of Technology (QUT), in Australia. Before joining QUT, he established and led the Chair in Automatic Control at Paderborn University, Germany.

Prof. Quevedo's research interests are in networked control systems, cyberphysical systems security and control of power converters. He currently serves as Associate Editor for IEEE Control Systems and in the Editorial Board of the International Journal of Robust and Nonlinear Control. From 2015 to 2018 he was Chair of the IEEE Control Systems Society Technical Committee on Networks & Communication Systems. In 2003 he received the IEEE Conference on Decision and Control Best Student Paper Award and was also a finalist in 2002. Prof. Quevedo is co-recipient of the 2018 IEEE Transactions on Automatic Control George S. Axelby Outstanding Paper Award. He is a Fellow of the IEEE.