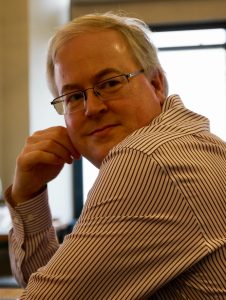 “How good is my dataset?”

A lot of current and emerging systems are sensor-driven at some level, directly sensing physical and digital phenomena. All such observations are complicated by noise, mechanical degradation, and (increasingly) deliberate attack, as well as by adaptations made by the system itself in response to changing conditions. This implies that the quality of information contained in a sensed dataset -- actually, in any dataset -- will change, often for the worse, over time. It also implies that some configurations of data collection will be better than others.

How can we assess the quality of a dataset? How can we decide between different possible collection approaches and adaptations, in order to acquire the „best“ dataset? These are questions of considerable current interest, and in this talk we explore some early work on analyzing datasets using techniques arising from algebraic topology. We illustrate these ideas using a long-running, large-scale dataset of rainfall data.

Simon Dobson is Professor of Computer Science and Head of School in the School of Computer Science at the University of St Andrews. He works on complex and sensor systems, especially on sensor analytics and the modelling of complex processes. His research has generated over 150 internationally peer-reviewed publications, driven by leadership roles in research grants worth over EUR30M — most recently as part of a £5M EPSRC-funded programme grant in the Science of Sensor Systems Software. He has served, amongst other activities, as programme and general chairs for the IEEE International Conference on Autonomic Computing; as an associate editor of ACM Transactions on Autonomous and Adaptive Systems; as a member of UKCRC, the expert committee on UK computing research; as the chair of the BCS Distinguished PhD Dissertations award panel; and on the programme committees of a wide range of leading international conferences and specialised workshops. He was a director and vice-president of the European Research Consortium for Informatics and Mathematics from 2006 — 2009, and has served on a number of national and EU committees and strategic initiatives.

Simon has previously worked at the UK STFC‘s Rutherford Appleton Laboratory; at Trinity College Dublin and UCD Dublin in Ireland; and was also the founder and CEO of Aurium, a research-led Dublin-based start-up company. He holds a BSc from the University of Newcastle upon Tyne and DPhil from the University of York, both in computer science, is a Chartered Fellow of the British Computer Society, a Chartered Engineer, and Senior Member of the IEEE and ACM.