Subproject C3 focuses on the composition and distribution of personalized video streams as application use case comprising the major challenge of emerging communication infrastructures, especially considering heterogeneous and mobile video sources. Mechanisms for i) the selection and provisioning of video streams originating from mobile sources, ii) the network-aided composition of personalized video streams in a software-defined communication system, and iii) the distribution of hybrid live and video-on-demand content also considering emerging communication paradigms (e.g. ICN/NDN) will be designed and realized as transition-enabled mechanisms. Core research focus in C3 is the coexistence of the aforementioned mechanisms, which will be evaluated based on mathematical models of individual mechanisms as well as a common simulation model. 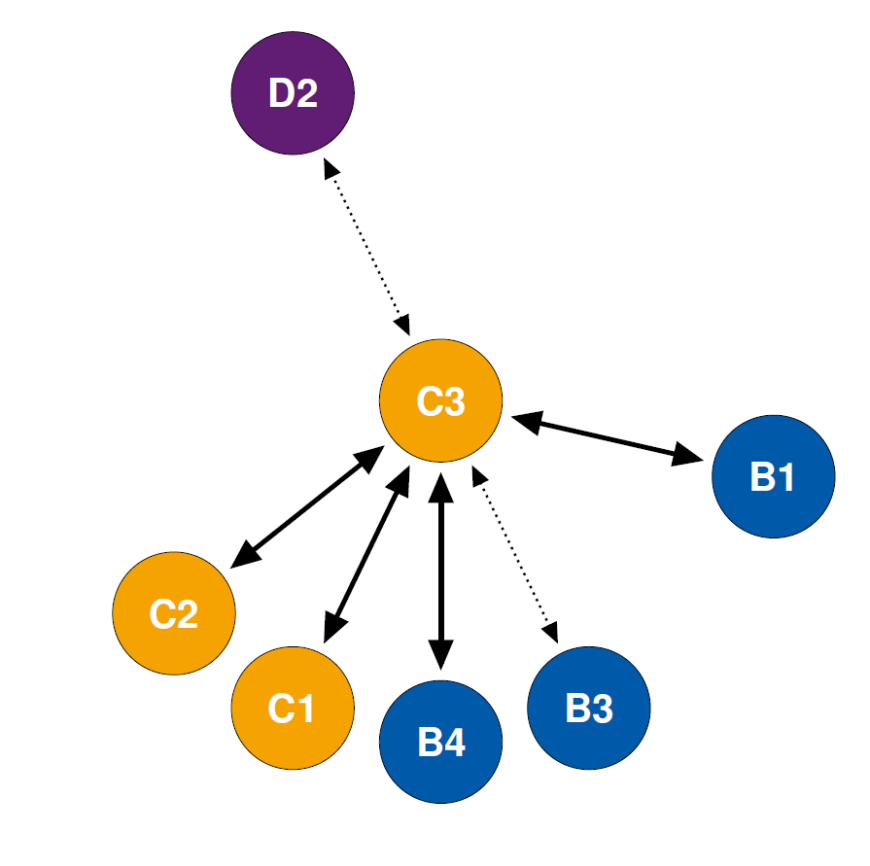 The research within the sub-project C3 explores mechanisms for the composition and distribution of content in highly dynamic contexts using user- and content-adaptive video streaming applications as example scenarios. The research focus is on providing a continuous, uninterrupted service while suffering strong fluctuations through changing user demand and high user and device mobility. Especially in the context of mobile applications, personalization of services is becoming a central aspect that poses new challenges for the composition and distribution of media. One central requirement for such services is the support of heterogeneous and dynamic media sources for the selection and composition of media streams. However, current research does only address specific aspects of such dynamic use cases and the research issues related to the requirements of coexistence of such mechanisms as well as the replacement of such mechanisms during runtime are not comprehensively addressed. The findings of the subproject C3 research will show how the combination of mechanisms across distinct layers can improve the overall service quality.

In the first project phase, a hybrid streaming system called Transit was built providing the foundation for researching transitions between different distribution mechanisms. It also has become the cornerstone of the MAKI demonstrator. Later on the impact of various mechanisms on topology optimisation and to cope with unexpected peaks in demand has been investigated resulted in Markov based analytical models estimating the efficiency of specific distribution mechanisms. Further, initial research has been conducted to allow the inclusion of Software-Defined Networking concepts. The wide range of the investigated and developed distribution mechanisms was the basis for the extensive understanding of transitions. Additionally, research regarding the media content itself was a significant aspect, which examined mechanisms for adaptation of video quality using H.264/SVC as well as qualitative aspects regarding human media perception. In particular, this included research on the usage of user-generated content with strongly varying qualities and how these could be combined to provide high-quality video streams using automated video composition.

Based on the insights about distribution mechanisms and content-based adaptation it will now be possible to examine coexisting multi-mechanisms in phase II. Apart from content distribution over the Internet the personalized composition and distribution of user-generated media from mobile sources will be a focus of the conducted research. There is an increasing amount of such content, alongside which the quality and corresponding bandwidth requirements are also increasing. Through identifying and selecting relevant content early available resources can be used more efficiently for the content distribution. Thus, mechanisms that allow such an early selection of content as close as possible to the source of collaborative upload will be examined. The dynamic user behavior and mobility, changing demand and usage patterns significant fluctuations in the recording quality as well as the varying user interest pose significant challenges in this context. This dynamic environment requires the coexistence of multi-mechanisms for multiple reasons, viz. to capture and analyze the networks and mechanisms states; to coordinate the participating entities; and for the final composition, collaborative upload, and distribution of media.

In addition to the general modeling endeavors in the B-area, the modeling of transition capable mechanisms researched in phase | within C3 will be extended. The developed mathematical models of the distribution mechanisms will be extended to cover the case of collaborative upload. This then also allows proactive switching between mechanisms. Simulations and prototypical evaluations are also going to be used in phase II in order to show the feasibility of the implemented concepts based on the developed simulation and prototypical platforms of phase |. For the reliable provision of user-generated content, the Information-Centric Networking (ICN) paradigm and its associated concepts will be used in C3. Through ICN better mobility support (particularly of mobile video producers) should be achieved, and services like caching and naming are becoming basic network primitives.

In addition, it is planned to further research proactive transitions for user-generated video by using mathematical modeling concepts. This builds on research from phase | on transition-capable communication networks, which will be extended. The core challenge in phase || is the combination of transitions at distinct layers, e.g.., between user-generated live- or on-demand-content as part of personalized video composition. Apart from the changing sources other transitions in the network can be triggered. For example, a transition between mechanisms for prefetching or media adaptation through transcoding may be necessary. Hence, C3 provides a central building block for researching coexisting multi-mechanisms within MAKI as part of the future-oriented application scenario.