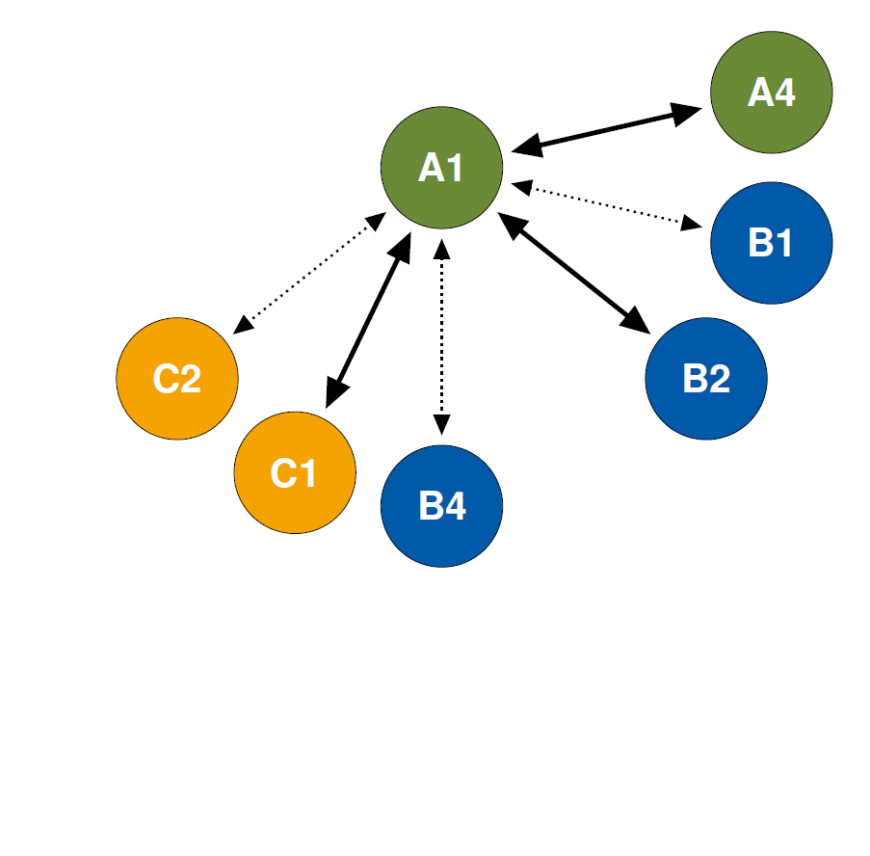 We apply graph transformation for the rule-based specification, and local algorithms for the distributed and efficient implementation of Topology Control mechanisms. Our step-by-step approach is structured as follows: First, we represent topologies as attributed graphs, enriched with additional integrity constraints. Then, we translate the considered optimization goals into graph patterns (e.g., using so-called motifs). We distinguish between positive patterns whose presence in the topology influences the system performance positively, and negative patterns whose presence indicates performance problems. This pattern-based specification is then used to derive the to-be-constructed Topology Control mechanism as follows: i) We synthesize a graph transformation algorithm that restores violated integrity constraints and optimization goals in a semi-automatic way. ii) We evaluate this algorithm in a simulation environment that allows us to assess self-adaptive network topologies. iii) We transform promising graph transformation algorithms into local algorithms, which operate in a distributed way and respect the limited resources of hardware devices. iv) We evaluate each local algorithm in a testbed environment.

In phase I of MAKI, we focused on the following five aspects:

In phase II of MAKI, we will extend our development methodology as follows:

Automatization: We will investigate how to automatize (the currently manual) step from abstract graph transformation algorithms (for simulation purposes) to the corresponding local algorithms (for testbed evaluation purposes). From a conceptual point of view, we will need to decompose complex graph transformation rules into rules that can be executed based on the available local knowledge in a semantics-preserving manner. From a technical point of view, we plan to adapt the modular code generation backend of eMoflon.

Generalization: Besides continuing our work in the Wireless Sensor Networks domain, we will address new application domains such as Software-Defined Networks, In-Network Processing and Complex Event Processing.

Proactivity: Simulating realistic environment models and modeling non-deterministic Topology Control mechanisms will require us to extend our models and the simulation environment with support for timed and probabilistic graph transformation. We will investigate how probabilistic and stochastic graph transformation can be used to analyze crucial properties of Topology Control (multi-)mechanisms such as stability. The analysis results can then be used to plan proactive Topology Control transitions.

In summary, our key objective for phase II is to develop a methodology for constructing correct and efficient federations of (reactive and proactive) Topology Control mechanisms that are coordinated across network layers and regions by multi-mechanism transitions.