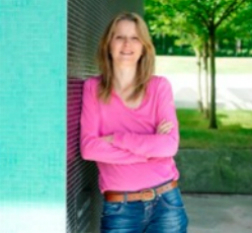 Adaptive Software Systems for the Future Internet: A Middleware Perspective

Given the prevalence of global networking and computing infrastructures (such as the Internet and the Cloud), mobile networking environments, powerful hand-held user devices, and physical world sensing and actuation devices, the possibilities of new mobile distributed systems have reached unprecedented levels. Such systems are dynamically composed of networked resources in the environment, which may span from the immediate neighborhood of the users -- as advocated by pervasive computing -- up to the entire globe -- as envisioned by the Future Internet and one of its major constituents, the Internet of Things. Hence, we can now talk about truly ubiquitous computing. However, the resulting ubiquitous systems have a number of unique challenges among which dealing with the uncertainty in the execution environment. This calls for designing mobile distributed systems that are able to run in a beforehand unknown, ever-changing context. Nevertheless, the complexity of such change cannot be tackled at system design-time. Emergent mobile distributed systems are systems which, due to their automated, dynamic, environment-dependent composition and execution, emerge in a possibly non-anticipated way and manifest emergent properties, i.e., both systems and their properties take their complete form only at runtime and may evolve afterwards. This contrasts with the typical software engineering process, where a system is finalized during its design phase.

In this talk, I will survey our past and ongoing research toward enabling the emergence of mobile distributed systems while assuring that their required properties are met. This objective builds upon pioneering research effort in the area of „emergent middleware“, where interaction protocols run by networked systems are learned and reconciled on the fly through the synthesis of mediators. While the first part of the talk will concentrate on the principles of emergent middleware, the second part will focus on open research challenges that remain to be investigated to indeed meet the requirements associated with the Future Internet vision.

Valérie joined Inria Paris-Rocquencourt in 1999 where she has been leading the Inria ARLES project-team from 2002 to 2013. Before that, she was working at INRIA-IRISA, Rennes, and spent a one year postdoct at the University of Washington in 1992. She is co-founder of the Ambientic start up that develops innovative mobile collaborative applications based on its iBICCOP middleware for heterogeneous mobile platforms. She is am currently acting as scientific manager of the Inria @ Silicon Valley program, where she is hosted by UCB-EECS, PATH & CITRIS, and researching on smart cities.

Valérie's research lies in the study of software-intensive distributed systems, with a special emphasis on systems leveraging advanced networking environments and wireless devices to enable the pervasive computing/ambient intelligence vision.