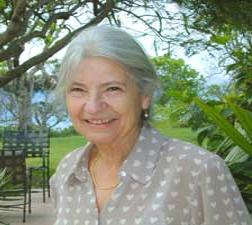 Cyber-Physical Systems with Human in the Loop

In this presentation we will explore development of predictive models of interaction between Cyber-physical systems and people during a given task.

We will model the Human physical activities using robotic technologies embodied in kinematics and dynamics of the human body structure. Then we will explore the predictive models of the human and a robotic systems during a collaborative task. The control of such a coordinated activities must entail communication of the intent of the human to the robot and vice versa. The parameters which are communicated have to be transformed into the task space since the degrees of freedom and the forces of the human and the robotic system are very different. We will demonstrate these concepts, algorithms on two different applications, one in the Driver driven car that is negotiating the road with an autonomous car, the other in health care domain, where elderly subjects are coached to perform exercises either by an avatar coach or by a human coach who is available remotely.

Dr. Ruzena Bajcsy is a Professor of Electrical Engineering and Computer Sciences at the University of California, Berkeley, and Director Emeritus of the Center for Information Technology Research in the Interest of Science (CITRIS). Her current research areas include artificial intelligence; biosystems and computational biology; control, intelligent systems, and robotics; graphics and human-computer interaction, computer vision; and security. From November 2001 to 2004, she served as director of CITRIS, an initiative bringing together the University of California campuses at Berkeley, Davis, Merced and Santa Cruz with private industry to develop ways to use information technology to affect people’s daily lives. Prior to joining Berkeley, Dr. Bajcsy headed the Computer and Information Science and Engineering Directorate at the National Science Foundation where she managed a $500 million annual budget. As a former faculty member of the University of Pennsylvania, she also served as the Director of the University’s General Robotics and Active Sensory Perception Laboratory, which she founded in 1978, and chaired the Computer and Information Science department from 1985 to 1990.

Dr. Bajcsy is a member of the National Academy of Engineering and the National Academy of Science Institute of Medicine as well as a Fellow of the Association for Computing Machinery (ACM), the Institute of Electronic and Electrical Engineers, and the American Association for Artificial Intelligence. In 2001, she received the ACM/Association for the Advancement of Artificial Intelligence Allen Newell Award, and was named as one of the 50 most important women in science in the November 2002 issue of Discover Magazine. She also received the Computing Research Associates Distinguished Service Award in April of 2003 and the ACM Distinguished Service Award in February 2004. Dr. Bajcsy has served on numerous advisory boards and committees, including the President’s Information Technology Advisory Committee (PITAC) from 2003-2005 and the Review Panel Chair for the Carnegie Mellon University Robotics Institute in 2005. In 2008 she was the recipient Benjamin Franklin Medal for Computer and Cognitive Sciences. In 2009 she has won the 2009 Anita Borg Technical Leadership Award.