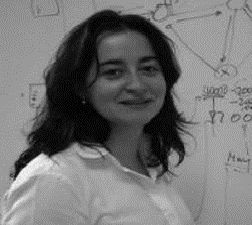 This talk will revise some of the main research challenges on networking and how Software Defined Networking (SDN) is bringing a great opportunity for reengineering the current Internet by enabling innovation in how we design and manage networks. The separation of control and data plane is an idea coming from the programmable and active networks that has been evolving to recent work on OpenFlow, network operating systems and network virtualization. Some of these ideas started more than 20 years ago at the University and they are currently bringing a great opportunity for the IT and telco industry to open the networking black boxes by offering a clean, open interface between networking devices and the software controlling them. SDN enables also new network applications that raise new challenges on programming abstractions and verification. The emergence of a control plane enables exciting new network functionality, but it also brings the risk of programming errors in the controller that makes communication less reliable. The data plane, composed by SDN-capable switches and end hosts, is intrinsically asynchronous and distributed with events flying between them and the controller that could degrades the communication between both planes. This talk will discuss the new networking paradigms that are driving new research challenges in both areas networking and software engineering.

This talk will present work done in collaboration with colleagues of the NETCOM research group at the University Carlos III of Madrid, Institute IMDEA Networks and EU NetIDE project.

Prof. Dr. Carmen Guerrero received her Telecommunication Engineering degree M.Sc. from the Technical University of Madrid (1994) and Ph.D. in Computer Science from the University of La Coruña (1998). Since 2003 she is Associate Professor at University Carlos III of Madrid. She has been involved in several national and international research projects related to software-defined networking, cloud computing, Internet measurement, social networking, content distribution and energy efficient networking. Dr. Guerrero is author of several papers in relevant international conferences and journal such as ACM Transaction on Networking, ACM CoNEXT, IEEE P2P, IEEE Communications Magazine and Elsevier Journal on Computer Communications. She has served as TPC member of top conferences such as ACM CoNEXT 2010 and 2012 or IFIP Networking 2011, 2012, 2013 and 2014. Furthermore, she has been associate editor of the Elsevier Computer Network Journal. Currently, she is participating in the EC-funded NetIDE research project that is leading the European research on providing an integrated development environment for portable networked application within a multi-controller software-defined networking scenario.