Networking of Women in Computing 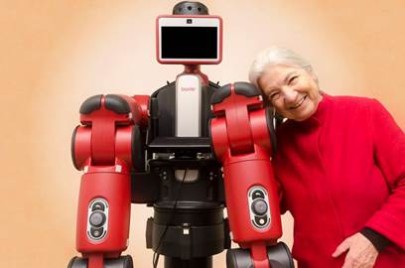 What does it mean to be a women scientist-engineer? A personal journey

In this presentation I will take the audience through 60 year of my professional life.

I was born in Czechoslovakia in 1933 when Hitler came to power. My birth certificate says: Jewish, hence I experienced all the consequences of the Jews during that period of time in central Europe. My family were educated, middle class people and they installed in my love for learning. I studies great deal of mathematics which lead me later in my teens to study engineering.

The Stalin era was not a very pleasant experience but I buried myself in learning. In 1967 I got the opportunity to come to the USA, Stanford University where I was fortunate to study with Prof. John McCarthy the father of Artificial Intelligence. This was an eye opener to a very NEW Brave World. It was hard but I persisted.

In 1972 I moved to University of Pennsylvania in Philadelphia as an assistant professor in Computer Science and Information Department. In 1979 I established a Robotics laboratory, called GRASP (General Robotics and Active Perception) lab, which by now is well known all over the world.

In 2000 I retired from UPENN and took a position as professor at UC Berkeley.

As a women there were many doubters during my career. What can she do, will she be strong enough to compete with the rest of the world, why should a women be working, etc. I PERSISTED. That is the key to my success. I love learning which served me well. I am fortunate to have my family support. Together with this support, my love for learning, good inherited health, this is the answer to my success.

Ruzena Bajcsy received the Master’s and Ph.D. degrees in Electrical Engineering from Slovak Technical University, Bratislava, Slovak Republic, in 1957 and 1967, respectively, and the Ph.D. in Computer Science from Stanford University, Stanford, CA, in 1972.

She is a Professor of Electrical Engineering and Computer Sciences and NEC chair holder at the University of California, Berkeley, and Director Emeritus of the Center for Information Technology Research in the Interest of Science (CITRIS).

Prior to joining Berkeley, Ruzena Bajcsy was a professor of the Computer Science and Information Department at the University of Pennsylvania, Philadelphia. There is founded the GRASP (General Robotics and Active Perception) laboratory in 1979, which is flourishing now. In 1999 she was appointed to be headed the Computer and Information Science and Engineering Directorate at the National Science Foundation. In 2001 after Ruzena Bajcsy finished her stay at NSF, she retired form University of Pennsylvania and joined the faculty at University of California, Berkeley.

Ruzena Bajcsy is a member of the National Academy of Engineering and the National Academy of Science Institute of Medicine as well as a fellow of the Association for Computing Machinery (ACM), fellow of IEEE and the American Association for Artificial Intelligence. In 2001, she received the ACM/Association for the Advancement of Artificial Intelligence Allen Newell Award. Since 2008 Ruzena Bajcsy is a member of the American Academy of Arts and Sciences. She is the recipient of the Benjamin Franklin Medal for Computer and Cognitive Sciences (2009) and the IEEE Robotics and Automation Award (2013) for her contributions in the field of robotics and automation. 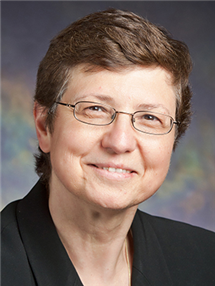 Mentoring is an important part of a successful academic life, if it is at the level of undergraduate and graduate education or at different levels of university educators and researchers.

In this talk, I will discuss various mentoring categories, styles, and approaches as I encountered them in engineering and computer science domains. Based on my own experience and examples, I will stress and show that a successful female educator and researcher needs inclusive, supportive, and both male and female mentors who become lifelong champions of one's academic life.

Klara Nahrstedt is a Ralph and Catherine Fisher Professor in Computer Science Department, and Director of Coordinated Science Laboratory at the University of Illinois at Urbana-Champaign.

She received her Diploma degree in mathematics and numerical analysis from Humboldt University, Berlin, in 1985. Klara Nahrstedt was a research scientist in the Institute for Informatik in Berlin until 1989. In 1995 she received her PhD from the University of Pennsylvania in the Department of Computer and Information Science.