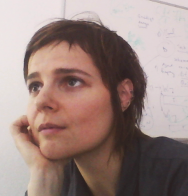 Self-adaptive systems, including autonomic, intelligent and self-aware systems, are increasingly embedded into modern societies. One disturbing aspect of this is that we thoroughly lack expertise into how such systems are to be integrated, so as to ensure coherent behaviour, stability, robustness and satisfactory goal achievement, within complex competitive environments. This presentation highlights several key architectural principles that help understand, develop and maintain self-adaptive systems of self-adaptive systems. They aim to address the following questions: How to extend component- and service-oriented models to deal with (self-adaptive) integration? How to distribute self-integration algorithms within self-adaptive systems? How to address issues of ‘limited rationality’ and instability in large-scale self-adaptive systems? Concepts discussed include goal-oriented components, conflict-resolution design patterns, dynamic integration and multi-scale adaptive systems. Examples from smart homes and smart micro-grids illustrate these concepts via concrete scenarios. Considering that all areas of our socio-economic environments are increasingly impacted by self-adaptive technology, addressing the above concerns becomes rather urgent.

Ada Diaconescu is an Assistant Professor (tenured) in the Autonomous and Critical Embedded Systems (ACES) team of the Computer Science and Networks (INFRES) department of Telecom ParisTech, since 2009. She is also a member of the LTCI research laboratory (Information Processing and Communication Laboratory). Her research interests include autonomic and organic computing, software engineering for self-adaptive and self-organising systems, component and service-oriented architectures, interdisciplinary solutions for managing software complexity, and the impact of technology in socio-technical systems.

Ada Diaconescu received a PhD in computer science and electronic engineering from Dublin City University (2006). She has been an active researcher at University of Grenoble, Orange Labs, and INRIA Rhône Alpes. She started her research in autonomic computing in 2001 and later also joined the organic computing community. She has co-authored a Springer book on Autonomic Computing (2013), was PC co-Chair of IEEE SASO (2014), General co-Chair of IEEE ICAC (2015), General Chair of IEEE SASO (2017), and co-organiser of two Dagstuhl seminars related to self-adaptation (2015 and 2018).