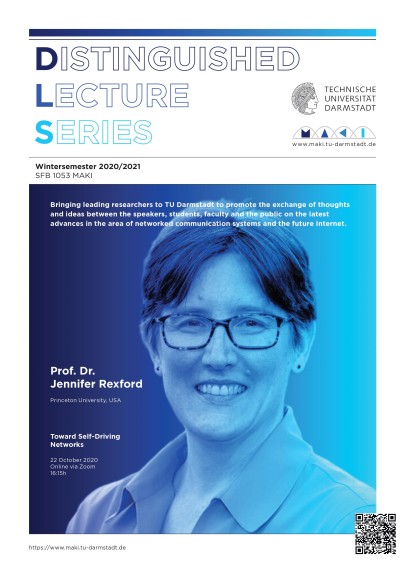 The proliferation of communication services that we depend on every day makes managing computer networks more important than ever. The increasing security, availability, and performance demands of these services suggest that these network-management problems must be solved in real time---and inside the network. In this new era, network management requires a fundamentally new approach. Instead of performing offline analysis of network traces, future networks need to make real-time, closed-loop decisions---to block unwanted traffic, to reroute traffic to avoid congestion, and more. This talk explores how to bring together network measurement, analysis, and control, by leveraging recent advances in programmable network devices and the P4 programming language (www.p4.org). We present several example network „apps“ that detect and fix performance and security problems, while still processing packets at line rate in high-speed switches with limited memory. We also discuss our deployment experience with network telemetry P4 applications using Barefoot Tofino switches in the Princeton campus network.

Jennifer Rexford is the Gordon Y.S. Wu Professor of Engineering and the Chair of Computer Science at Princeton University. Before joining Princeton in 2005, she worked for eight years at AT&T Labs--Research. Jennifer received her BSE degree in electrical engineering from Princeton University in 1991, and her PhD degree in electrical engineering and computer science from the University of Michigan in 1996. She served as the chair of ACM SIGCOMM from 2003 to 2007. Jennifer received the ACM Grace Murray Hopper Award for outstanding young computer professional, the ACM Athena Lecturer Award, the ACM SIGCOMM award, and the IEEE Internet Award. She is an ACM Fellow and an IEEE Fellow, and a member of the U.S. National Academy of Engineering.