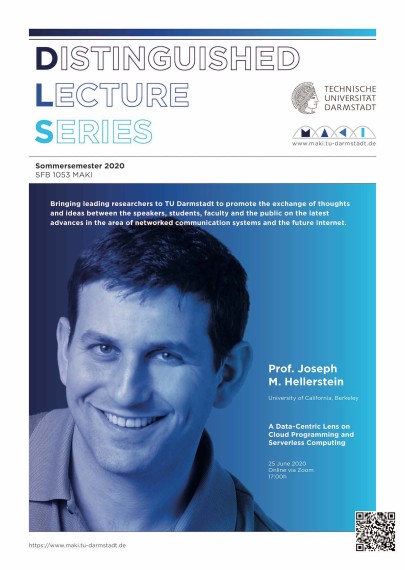 ''A Data-Centric Lens on Cloud Programming and Serverless Computing''

Major shifts in computing platforms are typically accompanied by new programming models. The public cloud emerged a decade ago, but we have yet to see a new generation of programming platforms arise in response. All the traditional challenges of distributed programming and data are present in the cloud, only they are now faced by the general population of software developers. Added to these challenges are new desires for „serverless“ computing, including consumption-based pricing and autoscaling, which raise particular challenges for data-centric applications.

This talk will highlight some key principles for cloud programming that came out of database research, including the CALM Theorem and constructive approaches to monotonic coordination-free consistency. I will discuss a new platform called Hydro that we are building at Berkeley to take these ideas and combine them into a polyglot, pay-as-you-go platform for cloud programming and deployment. Early results on Hydro---and its underlying key-value store, Anna---point to major improvements that researchers can offer to Serverless Computing and public clouds. The talk will also illustrate emerging cloud opportunities for application areas of interest to our community, including prediction serving, data science and robotics.

Joe Hellerstein is the Jim Gray Professor of Computer Science at the University of California, Berkeley / USA. His research focuses on data-centric systems and the way they drive computing. Hellerstein is an ACM Fellow, a Sloan Research Fellow and the recipient of three ACM SIGMOD Test of Time awards. Fortune Magazine included him in their list of 50 smartest people in tech, and MIT's Technology Review magazine included his work on cloud programming in their TR10 list of the 10 technologies „most likely to change our world“.

In addition to his academic work, Hellerstein is the co-founder and CSO of Trifacta, which brought academic research on data wrangling to market. Trifacta's software is available in public cloud marketplaces, and also powers Google Cloud Dataprep and IBM Infosphere Advanced Data Preparation.

Outside his interests in computing, Hellerstein is an amateur jazz trumpet player, and has performed at notable venues including Yoshi's, ICDE and VLDB.