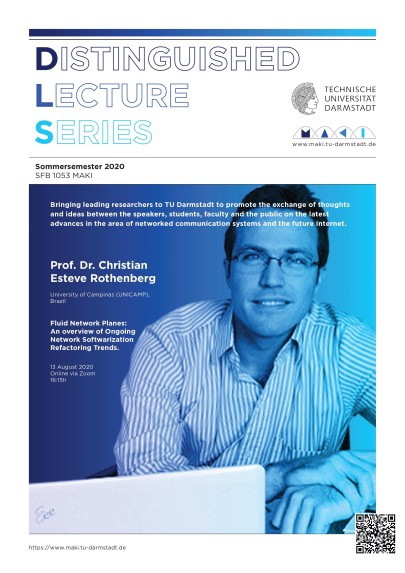 10 years have already passed since the term SDN was coined in 2009. Since then, the three-letter acronym has kept evolving through broadening definitions until our state of affairs where SDN means little unless adequately technically elaborated. Among the key aspects of SDN is the refactoring of the network control plane. At the crossroads, NFV introduces new ways to refactor network functions, be them control or data plane related. Despite the softwarization flag of SDN and NFV, the hardware/software continuum is as relevant as ever, offering new offloading opportunities at node and network-wide scales.

In this guest lecture, we will review evolving transformations behind network softwarization with a special focus on network refactoring and offloading trends leading to “fluid networks planes”, where the location and HW/SW embodiments of network functions becomes blurry, from the edge to core, from one administrative provider to another, from programmable silicon to portable lightweight virtualized user-space containers. A number of examples of fluid network instances from the recent literature will conclude the lecture.

Christian Rothenberg is Assistant Professor (tenure-track) and head of the Information & Networking Technologies Research & Innovation Group (INTRIG) at the School of Electrical and Computer Engineering (FEEC) of the University of Campinas (UNICAMP), where he received his Ph.D. in Electrical and Computer Engineering in 2010. From 2010 to 2013, he worked as Senior Research Scientist in the areas of IP systems and networking, leading SDN research at CPQD R&D Center in Telecommunications, Campinas, Brazil. He holds the Telecommunication Engineering degree from the Technical University of Madrid (ETSIT – UPM), Spain, and the M.Sc. (Dipl. Ing.) degree in Electrical Engineering and Information Technology from the Darmstadt University of Technology (TUDA), Germany, 2006.

His research activities span all layers of distributed systems and network architectures and are often carried in collaboration with academia and industry (e.g., Ericsson, Samsung, CPQD, Padtec, RNP) around the world, leading to multiple open source networking projects (e.g., RouteFlow, libfluid, ofsoftswitch13, Mininet-WiFi) in the areas of SDN and NFV among other scientific results.

Christian has two international patents and over 150 publications, including scientific journals and top-tier networking conferences such as SIGCOMM and INFOCOM, altogether featuring 7000+ citations. He was an Open Networking Foundation (ONF) Research Associate (2013-2017), co-chair of the IEEE SDN Outreach Committee initiative (2016-2017), and the Brazilian coordinator of the EU-Brazil H2020 NECOS (Novel Enablers for Cloud Slicing) project (2017-2020). Currently, he is a member of the CPQD Innovation Committee (2017-2021) and Outreach Coordinator of FEEC/UNICAMP. 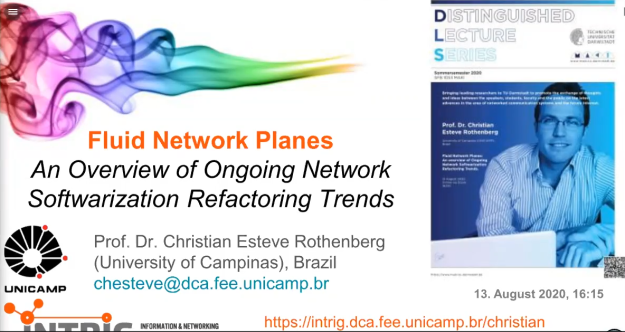