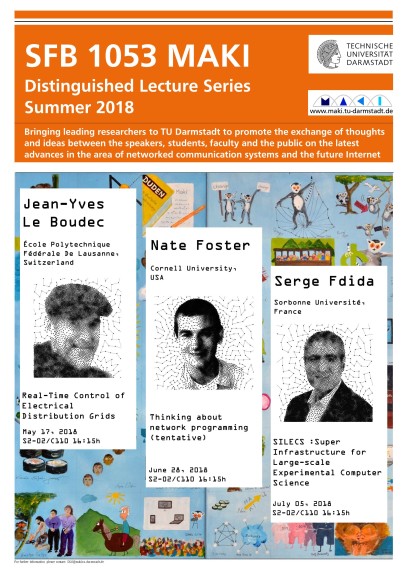 Digital infrastructures are the foundation to support the digital transformation of our societies and an enabler for economic growth. The art to design a robust, scalable and secured infrastructure is critical and rely on various scientific background and research communities. In addition, massive scale, future advanced wireless systems as well as the “softwarization” of the infrastructure are progressing rapidly, providing and increased flexibility and capacity at the expense of a growing complexity.

To efficiently address the associated challenges, it is crucial to equip researchers and practitioners with a wide range of scientific and experimental resources and tools by deploying and operating a testing platform providing access to cutting-edge technologies in wireless networking, IoT and Cloud. It will serve the need to support fundamental and reproducible research in these areas where the availability of such instruments at scale is critical and currently limited to the GAFAM.

SILECS intends to offer an open, remote and programmable access to a digital resource marketplace with high diversity and pan-European scale. This presentation provides the rationale, architecture and main components for enabling, deploying and operating SILECS.

Serge Fdida is a Professor with Sorbonne Université (formally UPMC) since 1995.

His research interests are related to the future internet, smart mobility and future wireless systems. He has been leading many research projects in High Performance Networking in France and Europe, notably pioneering the European activity on federated Internet testbeds. He is currently leading the Equipex FIT, a large-scale testbed on the Future Internet of Things. Serge Fdida has published numerous scientific papers, in addition to a few patents and one rfc. He is a Distinguished ACM Member and an IEEE Senior member.

Serge Fdida has also developed a strong experience related to innovation and industry transfer, – he was the Director of EURONETLAB, a joint laboratory established in 2001, together with Thales, – the co-founder of the Qosmos company, – one of the active contributor to the creation of the Cap Digital cluster in Paris. He has been appointed Vice-President Europe and International affairs at UPMC from 2011 to 2015 and VP International Development of Sorbonne University since January 2018.