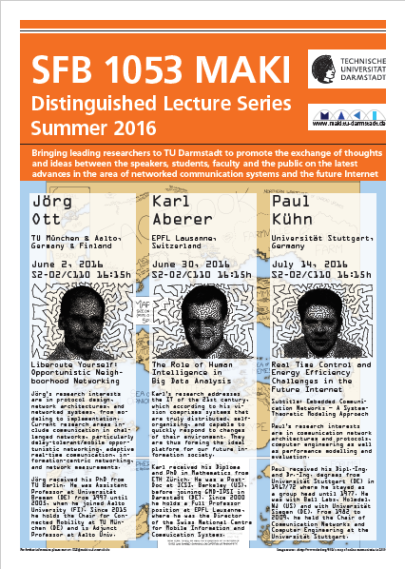 A couple of application scenarios will be considered as modeling examples:

In a first step, adequate queuing or queuing network models have to be developed which reflect the parametric influences on the system performance. For the mathematical analysis of the resulting models queuing theory provides a large variety of principal methods; the complexity of the resulting models requires often, however, simplifying assumptions with a reasonable accuracy. From the viewpoint of distributed control applications the communication infrastructure impact can be considered as an embedded sub-system. A novel system-theoretic approach will be introduced to reduce the communication sub-system mathematically by stepwise aggregation methods to a resulting „stochastic dead time“ within the control loop or within the sensory/actuator transmission path. System-theoretic models are in particular appropriate to describe the system behavior by an input/output relationship, which is common in control and electric network theory. In this lecture we will show how both approaches of stochastic queuing theory and control theory can be combined by a system-theoretic approach.

Since 2010, he chairs the Advisory Board of the Research Center for the Formation of Information Technology (ITeG) of the University of Kassel.