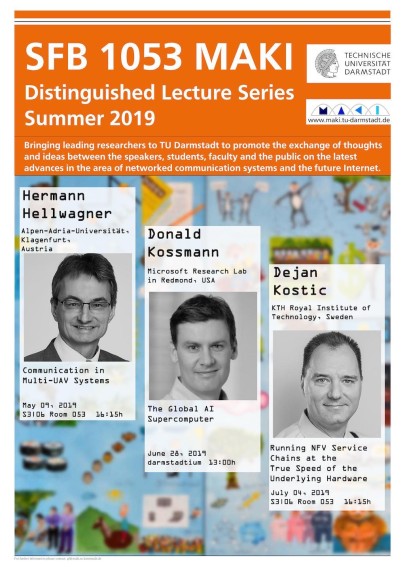 The number of computers in the world is still growing at an exponential rate. For instance, there are 9 Billion new micro-controllers shipped every year and that is on top of other devices such as mobile phones and servers in the cloud and on-premise. This talk takes a different perspective on this trend and argues that it makes sense to look at all these micro-controllers, devices, and servers as one big supercomputer. The talk gives examples that illustrate how to make this supercomputer sustainable, secure, programable, and useful.

Donald Kossmann is the director of the Microsoft Research Lab in Redmond. Before joining Microsoft, Donald was a professor in the Systems Group of the Department of Computer Science at ETH Zurich for 13 years, doing research and teaching all flavors of data management systems. He was chair of ACM SIGMOD from 2013 to 2017 and served on the Board of Trustees of the VLDB Endowment from 2005 to 2011. He is a co-founder of four companies: i-TV-T AG (1998), XQRL Inc. (2002), 28msec Inc. (2006), and Teralytics AG (2010).